If you are over the age of 18 years or over the age of majority in the location from where you are accessing this website by entering the website you hereby agree to comply with all the Terms and Conditions.

As a royal chef, Caramena is impeccable about her ingredients, knife work, and control of the fire! But does she have another side unknown to the rest...? Obtain Caramena in the gacha to unlock an intimate time with her! Also obtain Dragon God's Coins in the Dragon God's Treasure event to exchange for rare items! Accumulate Friendliness to obtain All-Server and Ranking Rewards! 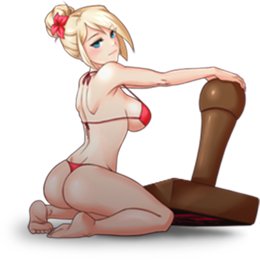 Play a sexy succubus to become master of your destiny. You have just been born in a new kingdom and your older sister welcomes you in a strange way. She tells you that you are a succubus! Embark on a fantastic adventure where you will have to survive among humans using all your charms to steal their vital energy and their seed. Choose to be Sadistic, Masochistic or even a bit of both to drive your destiny as a succubus and to defeat your enemies with your singular kind of charm. Will you be able to survive and to find your place in this new world? ChuChu Succubus Rem is a RPG with the detailed graphics and the original scenario, it’s not every day that you get to play a succubus, and it will give you hours of fun!

Forest Guardian is a sensual, sexy visual novel, which tells the story of an itinerant saleswoman travelling alone who finds herself in a terrifying forest...